The Magic of an Insight Experience

Behind the Scenes: Ardgowan Estate

Sir Ludovic Shaw Stewart 12th Baronet of Greenock and Blackhall, or “Ludo” as he insists to be called, is a man on a mission when it comes to restoring and managing his family home, Ardgowan Estate.

A former art dealer at London’s prestigious Sotheby’s, Ludo now focuses on the upkeep and development of his striking 18th Century home in Inverclyde, Scotland, which he opens up to Insight Vacations guests. To find out more about life on Argowan estate, we sent our content producer, Rachel Gee, behind the scenes. 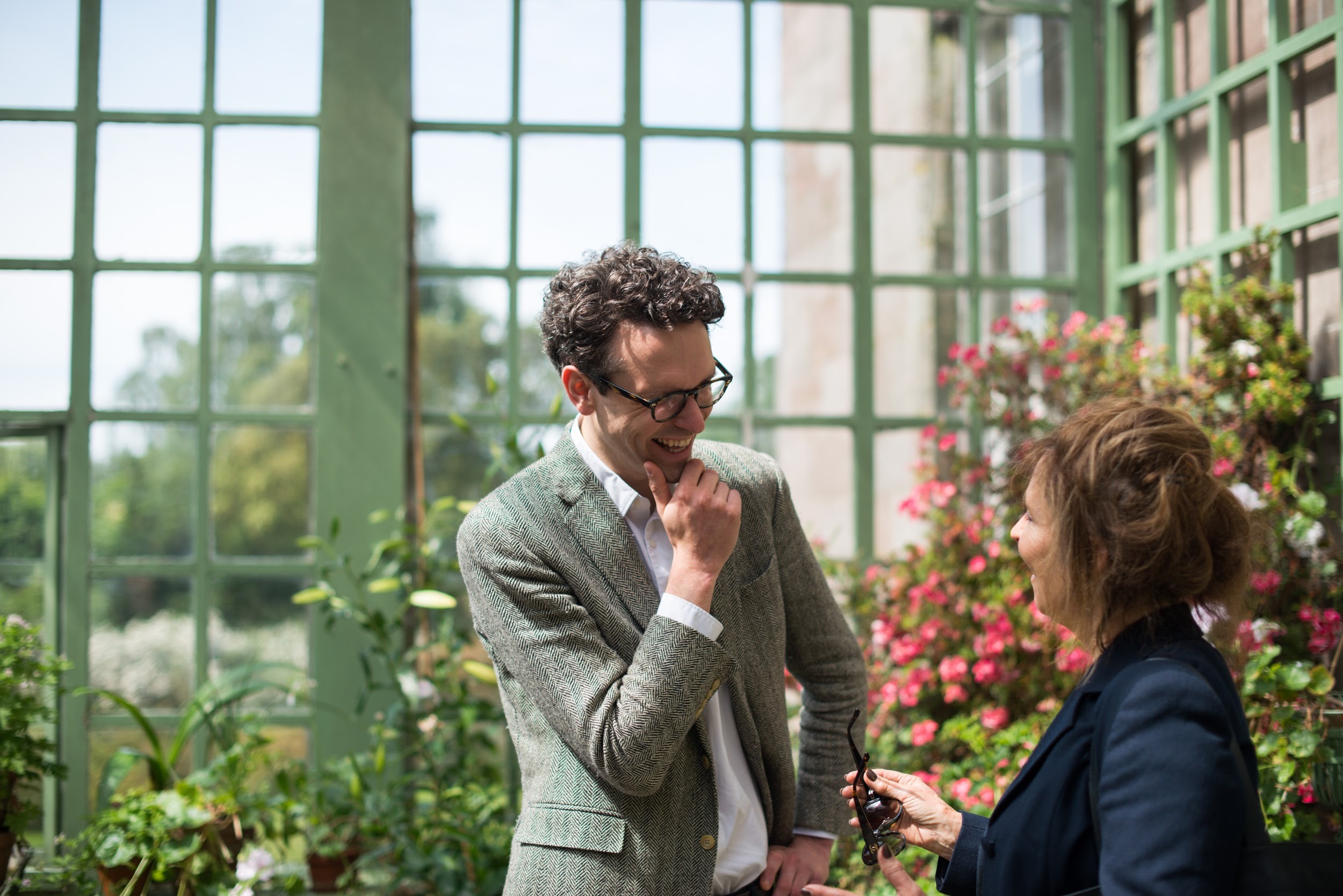 “Waking up!” Ludo exclaims when asked about the most normal element of his daily routine. He has much more to share when it comes to the unconventional goings on.

“The job encompasses a whole variety of different roles and responsibilities, and I love every aspect. Most gratifying has been the recent refurbishment work we’ve just completed in the downstairs rooms”. The work involved Ludo painting 272 gold stars in the property’s Rose room by hand.

“About halfway through they all started running off so I had to start again. It nearly defeated me but it was worth the effort, as the results look wonderful!” he laughs.

RECONNECTING WITH THE PROPERTY

Despite the fact Ludo spent time away from the estate growing up, when he attended Edinburgh University and again when he headed to London to work as an art dealer, he says Ardgowan has always remained a part of him:

“It’s funny, having spent a lot of time away, I didn’t really realise how much this place was under my skin. Over the past 4 years I’ve made my peace with the house and the lands beyond to the extent that I now feel myself to be a part of it.”

Having been in the family for more than 800 years and with his own heritage linking to King Robert the Bruce and Native American Princess, Pocahontas, it is little surprise the estate means so much to Ludo – it is a physical monument to his ancestry. A nod to this is the cairn on the bank by the castle which marks the spot where Robert the Bruce fired the decisive arrow in the second Battle of Inverkip in 1314.

Ludo’s family name stems back to March 1667, when his ancestor Archibald Stewart was given the title, Sir Archibald Stewart, 1st Baronet, of Greenock and Blackhall. The family also have a royal connection, having descended in the direct male line from Sir John Stewart, who was the illegitimate son of Robert III of Scotland.

Ludo’s interesting lineage and family history is displayed on the estate in the form of artefacts including letters, furniture and grand paintings. One such artefact, which Ludo has now parted with, was Napoleon’s hat which Ludo’s ancestor, Sir Michael Shaw Stewart, returned home with after pursuing Napoleon across Europe in 1814. For many years this sat in the hall in a glass case.

“It was mandatory for guests staying in the house to put it on and march around the hall,” he laughs. 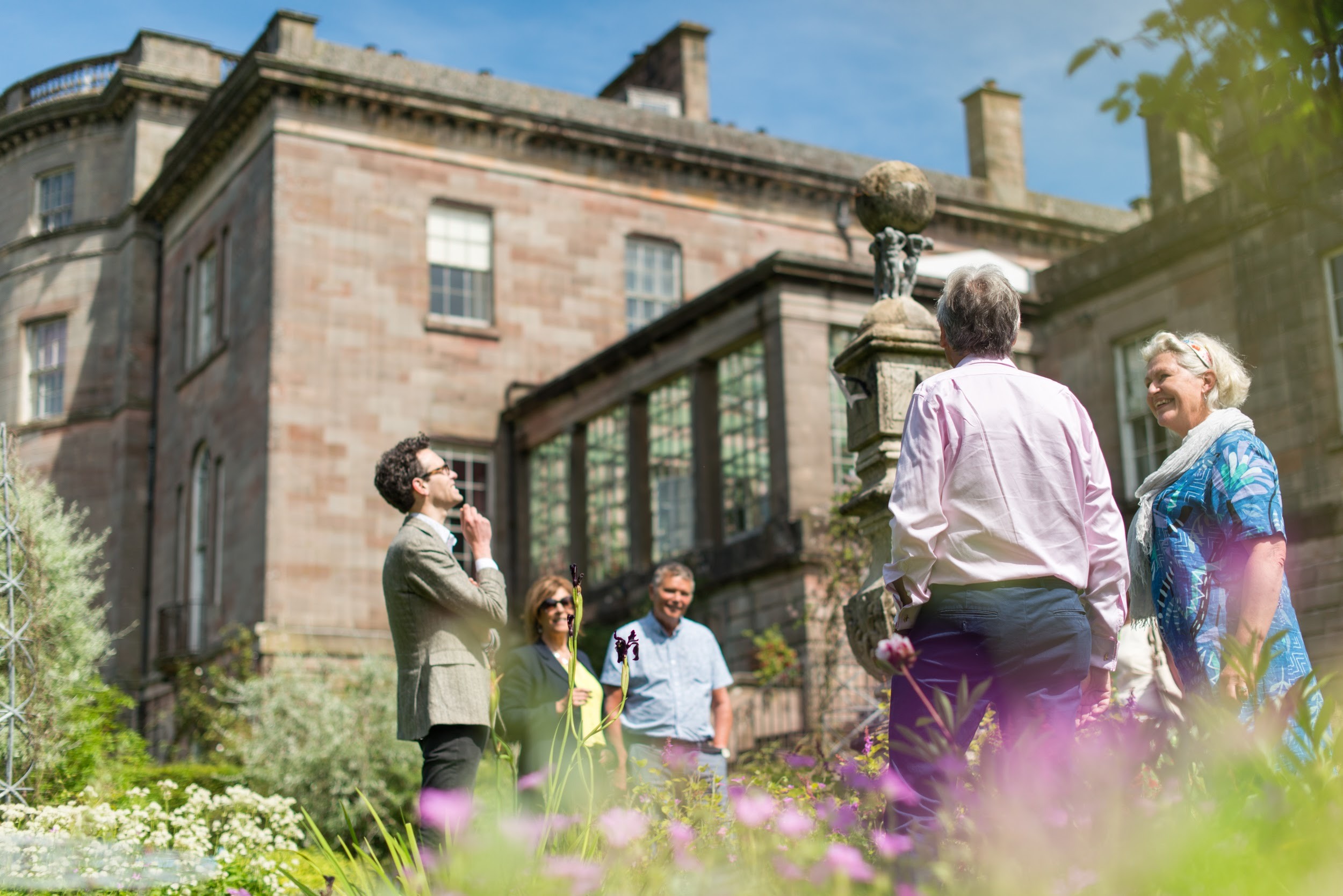 AN IDYLLIC HIDEOUT
And if you think living on a historic estate would be amazing, imagine growing up on one. The 10,000-acre coastal property left Ludo with the perfect hiding sports when it came to games of hide and seek.

“There’s an old ornamental grotto hidden on the hillside in what was the Japanese Garden, I discovered it in a rhododendron bush as a child and thereafter won every game of hide and seek I ever played,” he explains.

Though such a good hiding spot sometimes had its downsides:

As an adult, the estate still offers Ludo idyllic hideouts. Though he now opts for a loch on the hill that no one knows about – well until now! He heads there to swim when he needs to clear his head, telling me that the water is really soporific, so a nap in the heather on the bank usually follows.

From hide and seek to the perfect getaway spots, the estate has a warm sense of homeliness to it – it is little surprise Ludo is so proud to call it home.

“The estate is cosy – for its size Ardgowan still very much remains a family home which I think is integral to the warmth of welcome our returning guests have a come to expect,” Ludo explains.

And with a whisky distillery set to open on the property in 2019, along with the estate now being used for weddings and as the set for popular television shows, including Agatha Christie’s esteemed period drama, Ordeal by Innocence, Ludo is excited to share its alluring charm with Insight guests.

See the estate for yourself and find out more about its fascinating history and its rumoured ghost – Ludo didn’t want to spoil the surprise – on our Best of Ireland and Scotland trip.

Make it truly your own. Start with this TailorMade sample itinerary...

Spend two nights in the metropolis of Santiago, Chile, before board...

Planning travel is fun, and it even gives us a mental health boost ...

Hit the highlights of Cambodia on this five-day escapade. Take a cy...